A New Season
We have had our first snow here in the Hudson Valley.  We had a solid 11 inches dumped on us the day before Thanksgiving and last night  temperatures dipped into the teens. There has been some ice boating in Maine already (short lived and on “just enough” ice). As always there is optimism for a great season on the ice. Time to get the boats ready to put on the ice.
In the meantime there are a few events upcoming to get us in the mood.

On Sunday, December 7  the Annual Meeting of the Hudson River Ice Yacht Club takes place in Poughkeepsie.  We will be joined by Rahul Chadha, producer of the Ice Boat short film,  Against the Wind,which was shown at this year's Woodstock Film Fest. Rahul and others who helped film and direct the piece will be on hand to show this ~ 8 minute short. See the film trailer here. This is a potluck affair and there’ll be plenty of photos and videos of last year’s sailing season.  Drop me an email for further details.

On December 20, we’ll be setting up boats at the FDR Library & Museum in Hyde Park. This display corresponds with the 130th anniversary of the founding of the Hudson River Ice Yacht Club. We will be helping to set up and display FDR’s Ice Yacht “Hawk” inside the Wallace Center.  Outside the Library will be a display of antique yachts from our club. Tentatively planned for display are: Jack Frost, Whiff, Vixen, & Kriss. The opening reception takes place on Sunday Dec. 21 and the display will run through January 3, 2015.
Further details to follow. 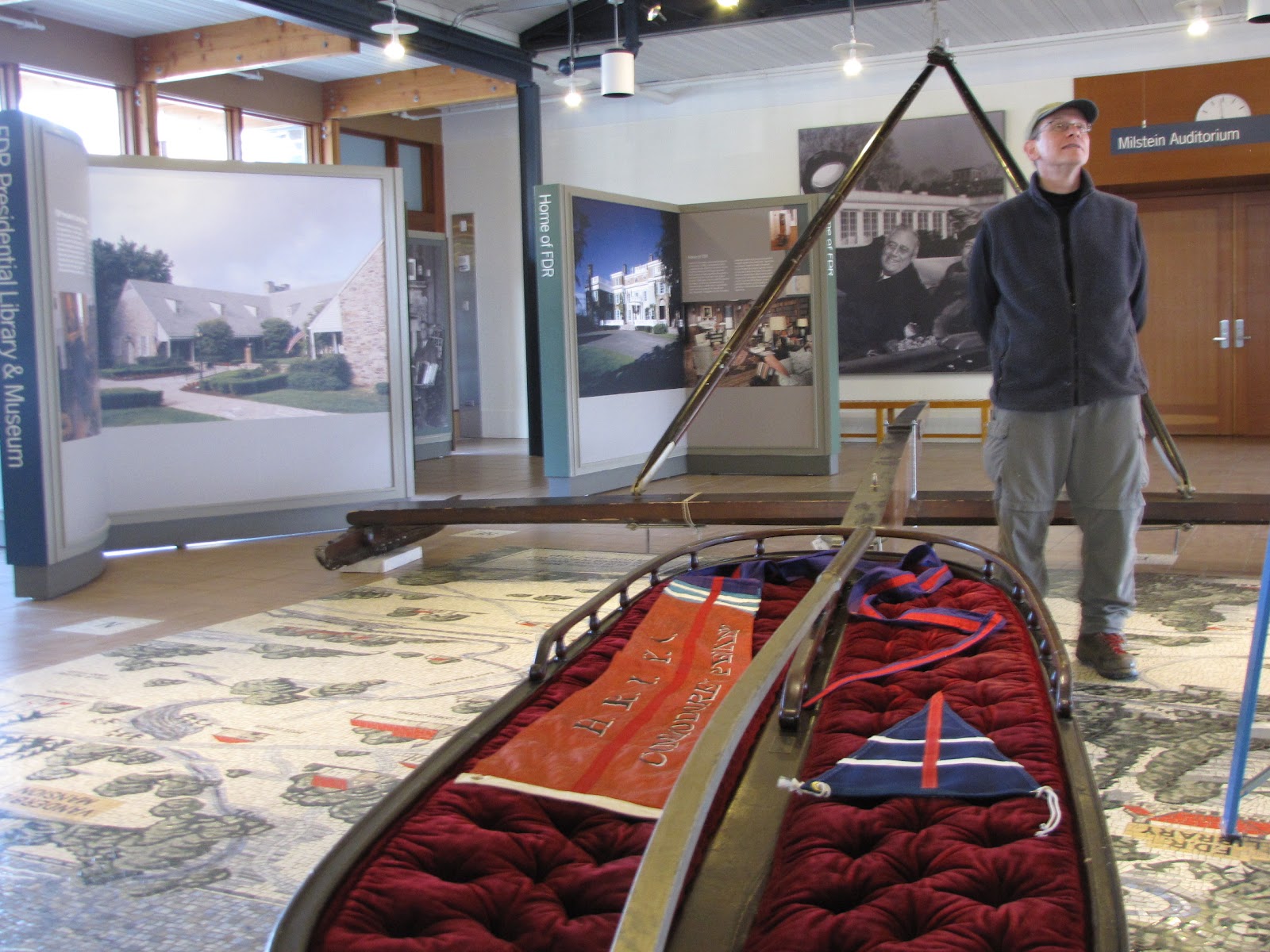 FDR’s lateen-rigged  Hawk, on display at the Wallace Visitors Center at the FDR site in Hyde Park. This was a one day event in 2012 when the boat was removed from the Museum and placed into storage.
(Low ceilings prevented the sheer legs from being fully set up)

Members of the HRIYC are taking inventory of the boat and looking to fabricate missing parts to fully restore the George Buckhout-built lateen rigged yacht Hawk. A new canvas sail will be made as well. 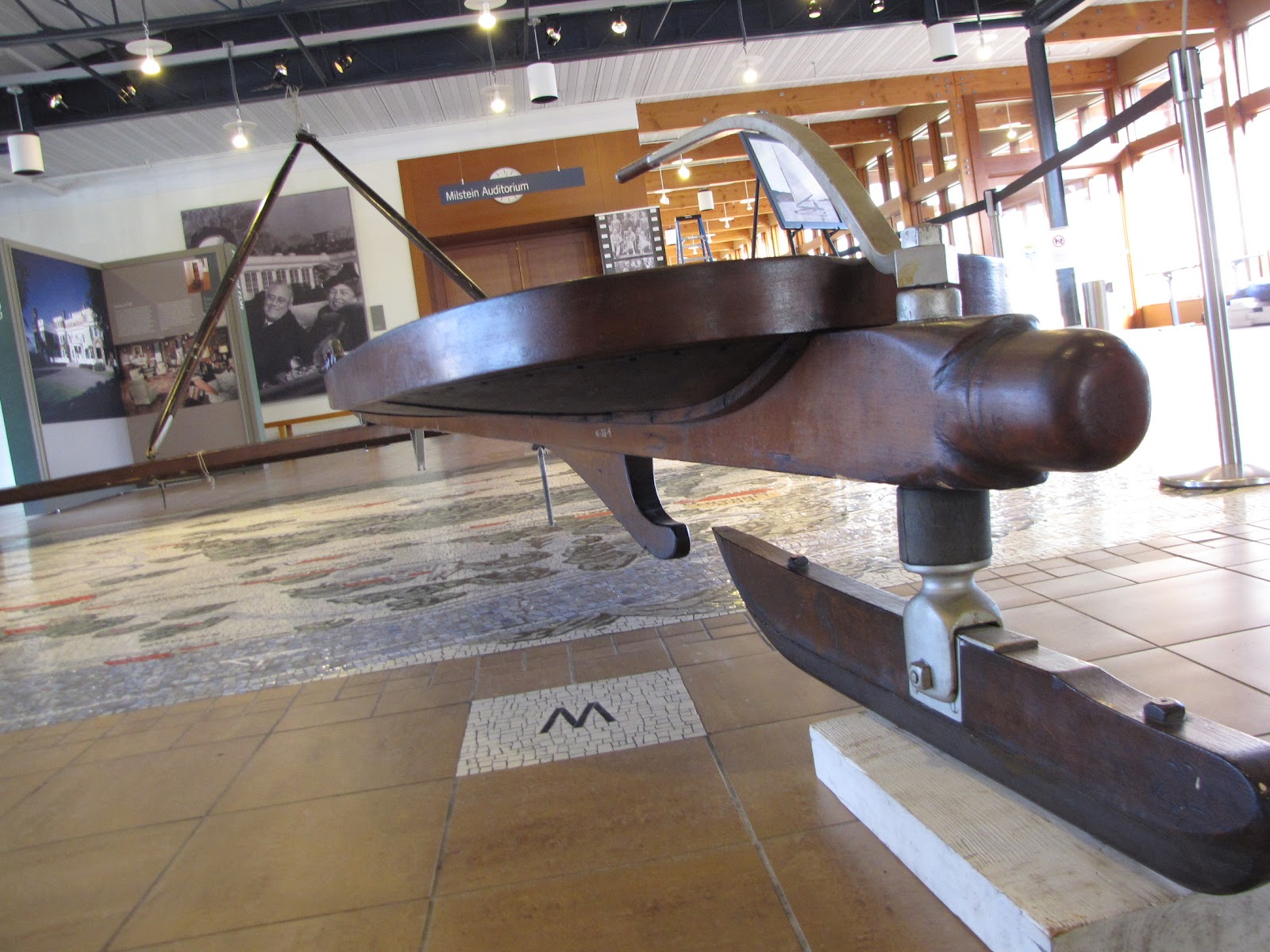 view from the stern runner 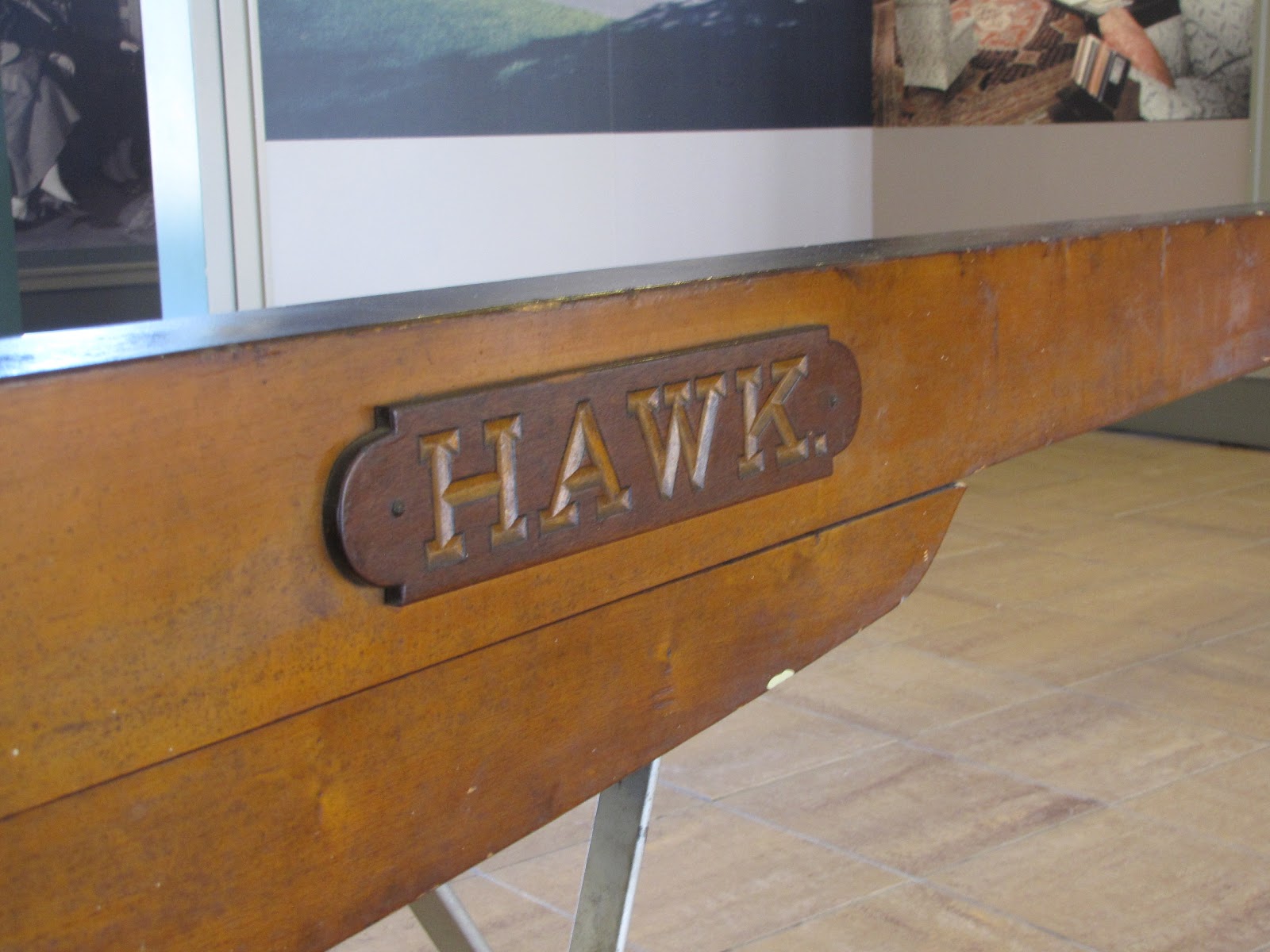 More ice boating news…
Long time ice yacht enthusiast, and past-commodore John Vargo has put together a nice piece on last season in his publication Boating on the Hudson.
( http://www.boatingonthehudson.com/     (click on 'past issues', go to Nov 2014) click on the cover on the right side to see the entire issue.)
Also check out the piece on HRIYC sailor Brett Kolfrat and his voyage to Bermuda. 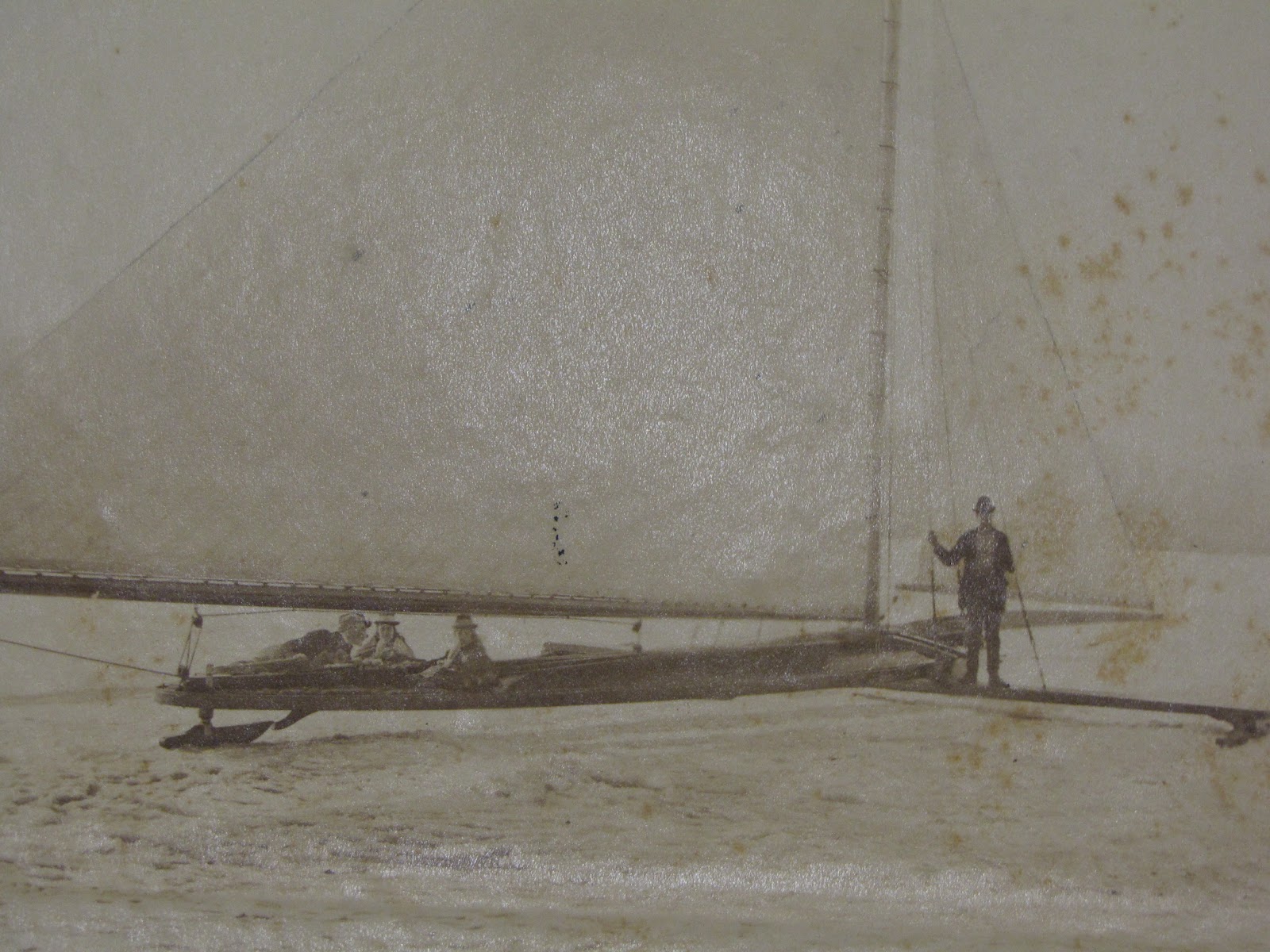 from John A. Roosevelt’s scrapbook.  Icicle??

Posted by Brian Reid at 7:08 PM No comments: