We met this morning at the Wallace Center, at the FDR Library in Hyde Park, to once again set up FDR's personal ice yacht Hawk. This is the 3rd time we have had the privilege to work with the National Park Service to display FDR's ice yacht. It will be on display through the end of January 2017. Members of the HRIYC will be available to talk briefly about FDR and his passion for ice yachting prior to the guided tours of his home. We are also excited to find out that funding has been made available to go toward the restoration of Hawk. Club members will be working with NPS to inventory parts and acquire, fashion, or build missing  parts. A new sail, gammon strap, sheer leg poles are a few of the items needed.
I've previously posted a bit about history of Hawk HERE. 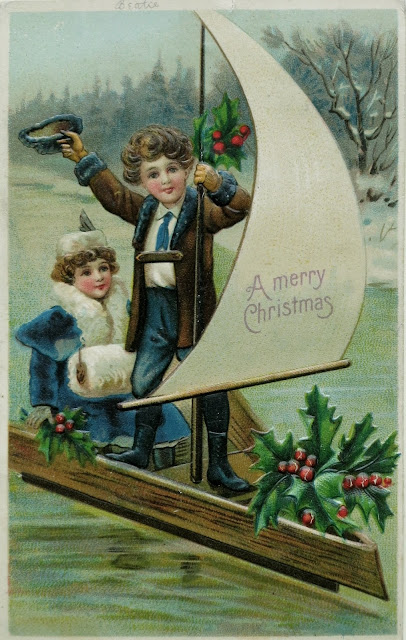 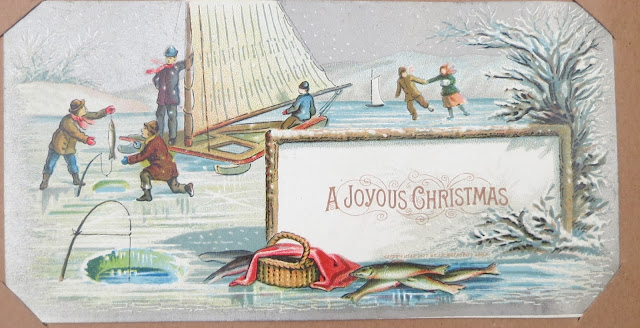 (Victorian Christmas Greetings, circa late - 1800s.  These images are taken from John A. Roosevelt's ice boat scrapbook.)
Posted by Brian Reid at 3:06 PM No comments: 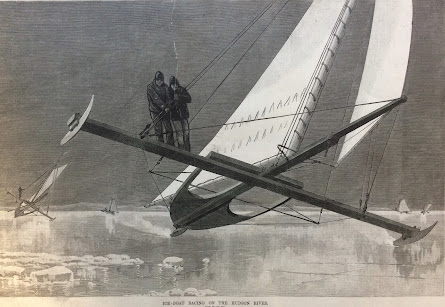 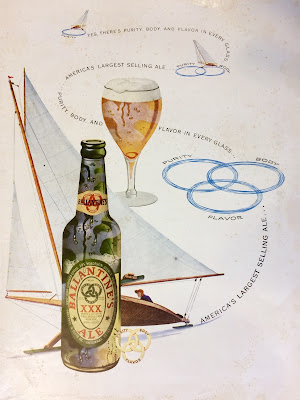 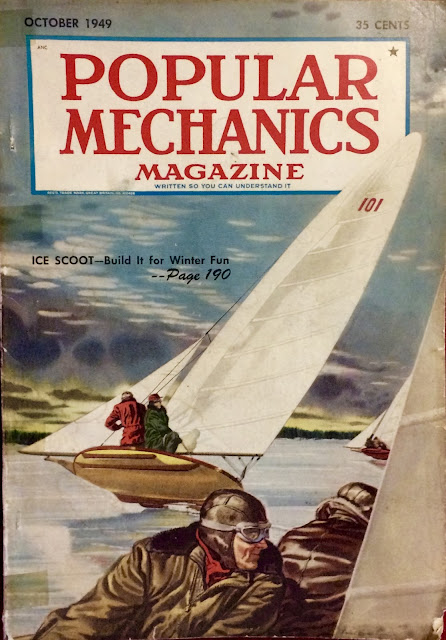 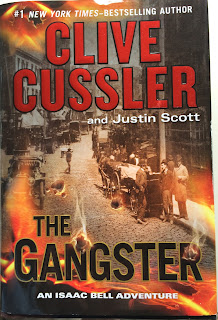 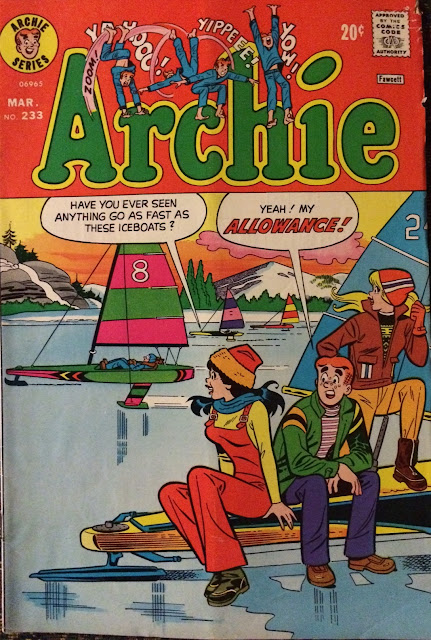 -I'll continue to add to this over time; enjoy.  Comments, other images welcome.
Posted by Brian Reid at 8:13 AM No comments:

There was a fine  meeting of the Hudson River Ice Yacht Club at the Maritime Museum in Kingston this past weekend.  A lot of new faces and members. Good food and drink as usual as well as a couple of unusual items brought along.... I'm always excited to see some new artifacts, or reworkings of artifacts connected to the  glorious history of ice yachting on the Hudson.

Long time club member and past-commodore Bob Bard brought along a silver cup he recently got as a birthday present from a friend, who had picked it up at a yard sale. Quite a find! 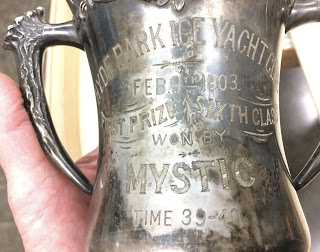 A great shot of Mystic, from the Ruge collection at the HRMM. Mystic was 23' in length, with 199 sq ft of sail. 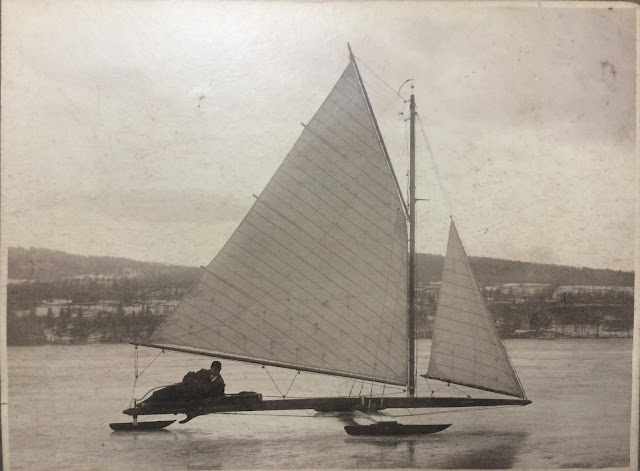 Interestingly, Sam Rogers sailed Mystic to victory that day, while NOT skippering his own boat Trouble.  Perhaps he & Parker knew Mystic was the faster yacht.

I found the photo of Mystic owner Cecil Parker, below,
in the extensive collection of
photos at Hudson River Valley Heritage Collection. 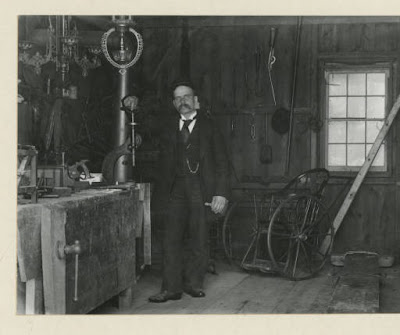 Past-commodore Chris Kendall sails 999, which came from the
Bodenstein Ice Tool Factory sometime in the early 1980s.
Looks like an ice boat plank to the lower right.

S.R. Rogers built ice yachts in the Hyde Park area, including Beatrice, which belonged to Ogden Mills, of Staatsburgh. Beatrice still is in storage at the old Mills Mansion barns. Mills Mansion is the  Staatsburgh State Historic Site.

Otter has changed hands a few times. Here's what I can figure:

Posted by Brian Reid at 8:31 PM No comments: