Ray was known as the Mr. Ice Boat.  He was active from as early as 1937 right through until his death, of cancer, in 1986. Ray designed, built and raced ice boats.  He wrote prolifically about the sport: Encyclopedia entries; regular articles for Yachting magazine; stories in Boys Life and many other magazines and news columns in local papers. Ray corresponded with sailors around the world.  His archives contain fascinating letters with Carl Bernard, of Wisconsin and Frank Drake, elder ice yachtsman who skippered boats for John A. Roosevelt. Ray built ice boats, and restored or uncovered dozens of historic stern steerers. One of his most important contributions, in my opinion, was reviving the interest in the old historic yachts. He was instrumental in locating, and getting back on the ice, dozens of old yachts that had been lying unused for years. He led restoration efforts on historic yachts including Whiff, Puff, Ariel, and Jack Frost. He sailed and raced Archie Rogers' Ariel, and John A. Roosevelt's Vixen.  He mentored young sailors who continue his passion with ice yachts to this day. Ray helped to revitalize the old Hudson River Ice Yacht Club, reorganizing it in 1964. His favorite bow steerer - Charette, is now part of the New York State Museum.  He would be proud of the recent acquisition and restoration of the Buckhout-built ice yacht Manhasset. He rubbed elbows with ice sailors who raced for the Ice Yacht Challenge Pennant of America - The Merritt Brothers of Chelsea; Frank Drake from New Hamburgh; George Buckhout of Poughkeepsie. He located the original Ice Yacht Challenge pennant and started that race back up after it sat idle for almost 30 years. He organized that race for a new version of the pennant ( the original went to the FDR Library & museum in Hyde Park). He raced (though lost) in that 1951 race on Greenwood Lake.  Ray also located and helped organize a race for the Van Nostrand Challenge Cup in 1978. It had been raced for only one time previously - in 1891 on Orange Lake.
Ray left us way too early. I never met him, getting involved in this sport about 7 years later. His collected archives are housed at the Hudson River Maritime Museum in Kingston NY. It is a valuable trove of the history of the sport.
There is a lot more to Ray's life and recollections of readers would be most welcome. If you get a chance, make an appointment at the Museum to look through his archives. It is worth a few hours to immerse yourself in history of the sport.
some images from his life... 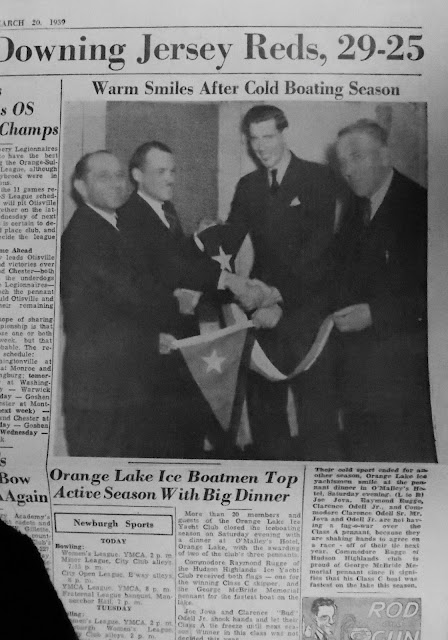 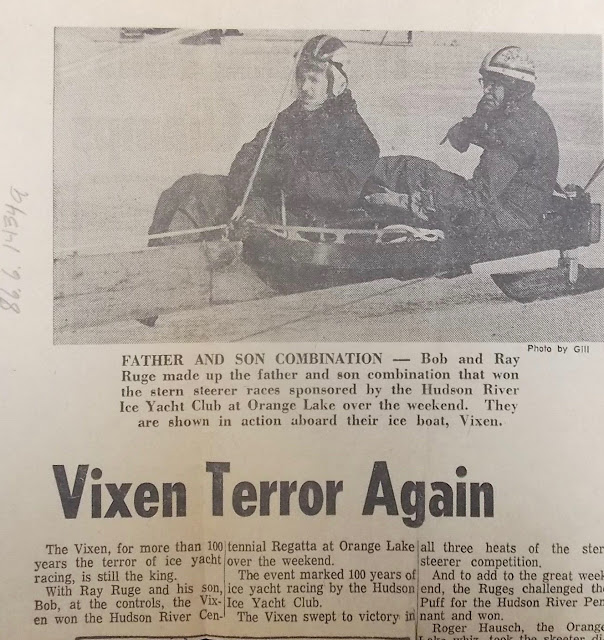 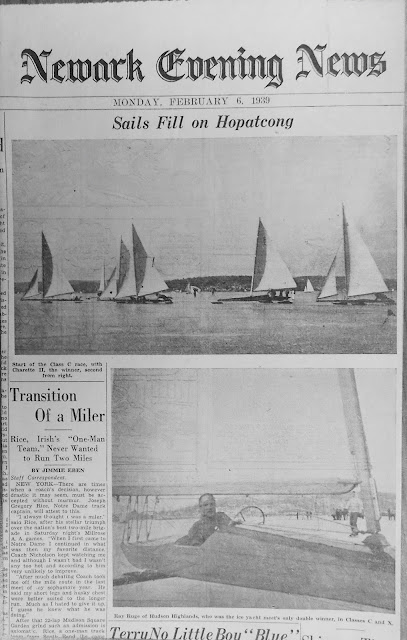 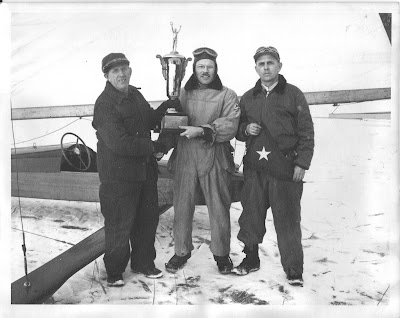 a brief video of Ruge, during a work party session on the renovation of Jack Frost, in 1972.


Early video footage of Ray Ruge sailing. Thanks to Chickawaukie Ice Boat Club in ME, for finding and uploading this. 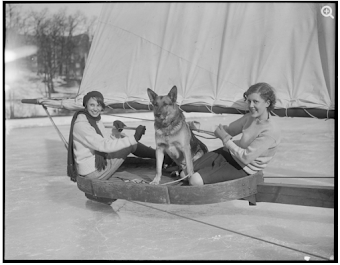