There are over 50 old stern steerers tucked away in barns, garages, and basements around the Mid-Hudson valley. Some have been in the same family for over 100 years, others have been recently discovered. Over the last 10 - 20 winters, club members have managed to set up anywhere from 6 to 20 of these old boats on the ice, depending on conditions of course. Here is a look at some of the old boats that have been sailing over the last few years. This photo listing is a work in progress and is by no means complete. As I continue to uncover my old photos, and get images from others, I'll continue to update this listing of boats. This should hopefully begin to give one a sense of the size, beauty, and design of these historic craft. I intend to include information (year built, previous owners,etc) about the boats over time as well. Have a great picture of a Hudson River Ice Boat (or corrections on anything presented...)? Let me know. 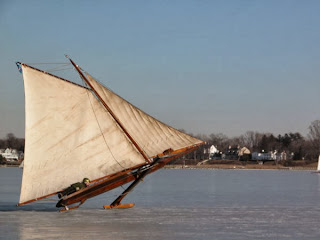 Kriss, circa 1898, Built by George Buckhout for John A. Roosevelt (photo by Henry Bossett) 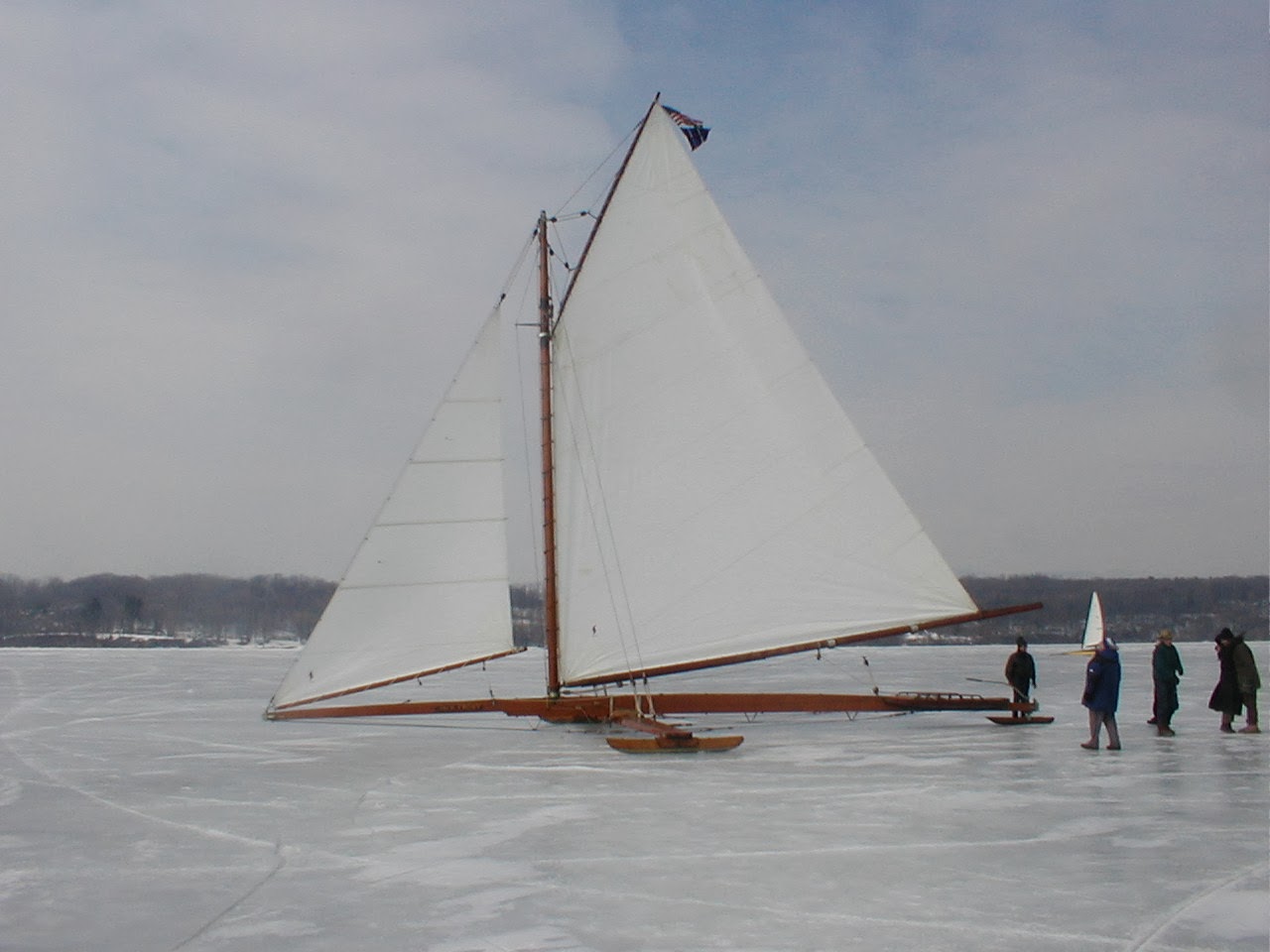 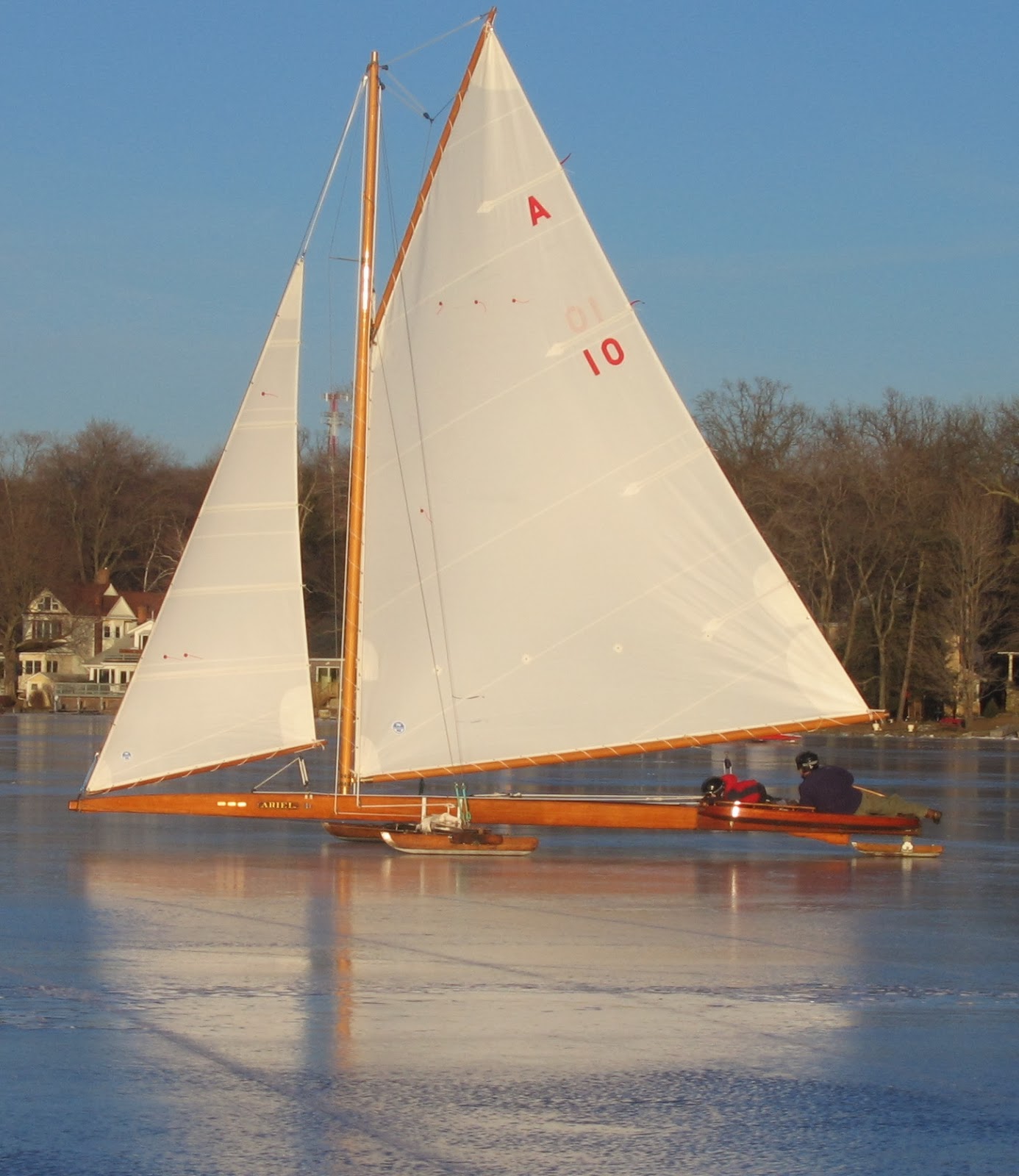 Ariel, built around 1887 by Jacob Buckhout for Archie Rogers of Hyde Park. Ariel was a favorite boat of Archie Rogers who often sailed it in smaller class races when he wasn't racing Jack Frost. Here she sails on Orange Lake, outside of Newburgh. 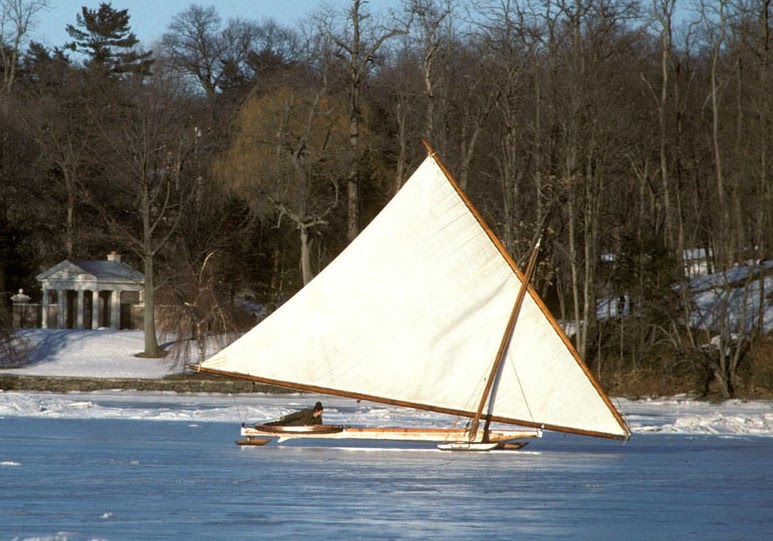 Vixen, built 1883 in Low Point by the Merritt Brothers. It was owned and sailed by John A. Roosevelt, FDR's uncle. Here she sails off of Barrytown, in front of the Edgewater estate. photo by William Finnigan.
Posted by Brian Reid at 3:23 PM